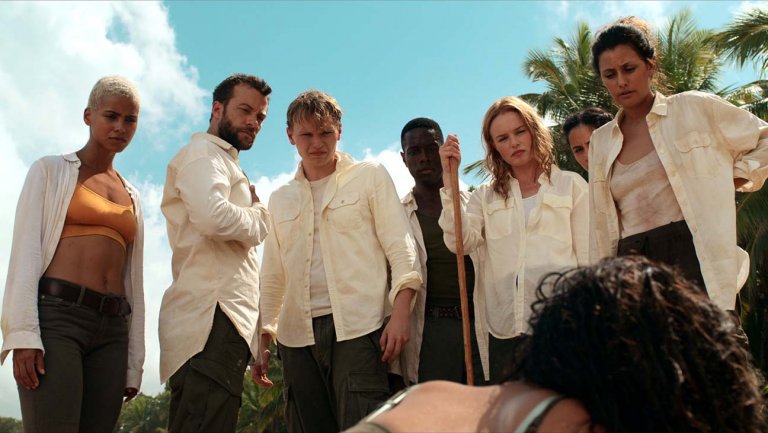 Neil Labute has always been terrible. Even his early acclaimed work with muse Aaron Eckhart feels in retrospect thinly veiled racist, sexist diatribes inspired no doubt from his Mormon upbringing, a religion and only became tolerant of African American members less than half a decade ago and to this day advocates that women are rather seen and not heard, let alone respected.

In The Company of Men, upon release, was hailed by critics as a relentless take down of corporate alpha male culture. But given his output in recent years, it’s hard to wonder if it was simply misunderstood. Since around the time his adaptation of his play The Shape of Things hit theatres, people were starting to ask questions. The same level of cruelty directed at a poor deaf woman in Men is on full display in Shape, only it’s more blatant. Rachel Weisz’s avant garde artist character spends the film destroying every aspect of nice guy Paul Rudd, transforming him into the shallow, alpha male she assumes all men are. And that’s about it. There’s no real exploration of her motivations outside of overt cruelty toward a supposedly good guy.

By the time LaBute went mainstream with Lakeview Terrace – a subpar ripoff of 90s yuppie films like Unlawful Entry and Pacific Heights with an unforgivable dash of racial paranoia – he was no longer just a wrongheaded filmmaker, but also a bad one.

Hence his remake of The Wicker Man, his ultimate “women are evil” film. If you can get past how unintentionally hilarious it is (something star Nicolas Cage admitted he understood while filming, it’s simply alarming just how much LaBute has women issues. The island of Summerisle is entirely run and populated by women, who at every turn mock and persecute innocent Cage until they beat and sacrifice him. Robin Hardy’s original kept his paranoia of The Other on a group of Pagans – maybe somewhat misguided, but understandable in the world of horror.

Today, Labute has been relegated to Netflix with a show that’s unlikely to survive ten episodes, The I-Land. Silly title aside, it’s a fairly standard puzzle box show in the spirit of Lost, with a group of amnesiac strangers waking up on a deserted island which, for a few episodes, keeps up the same type of mysterious happenings with no answer, but even before LaBute’s name appears under the director credit at the end, there’s something off about it. Like Lost, the motley crew of castaways is alternately cranky or terrified by their surroundings and each other. But there’s no real growth or arc. Characters that begin awful stay that way, and more than half of the really dreadful ones are women, including Kate Bosworth, who reads her bitter lines like they are being fed to her via earpiece, Brando-style.

The I-Land may not be LaBute’s brainchild – that honour goes to first time writer Anthony Salter – but his fingerprints are on every page. One almost wishes LaBute had a hand in writing, thereby being a little more honest and upfront about the sexism on display. It’s possible Salter saw the success of Lost and wanted to cash in, his motives greedy but not hideous, but it’s more likely he shares some of LaBute’s feelings. Rather than the tight plotting and sprawling mystery the first few seasons of the show it wants to be successfully teased, we have a bunch of events seemingly more random than a polar bear on a tropical island and we’re stuck with poorly written dialogue spelling out some truly awful philosophies like Brody’s alpha male exclaiming “Here comes the gun show!” (the gun show in question is not the kind you can buy firearms through a loophole, by the way). Brody has one character trait, and to be honest it’s hard to tell how we’re supposed to feel about it: he’s a straight up rapist, attempting to force himself on the lead female within minutes of being introduced.

“On this island, there is no rape,” Brody attempts to justify his behaviour. “There’s just sex.” No one watching, outside of serial rapists, can possibly fathom what that means. Worse still, when the female lead calls Brody out for his actions, most of the castaways react with varying degrees of disbelief to “so what?”

It has none of the laugh-out-loud terribleness of The Wicker Man, which was passable only as a midnight movie, but it certainly has a frightening, uncomfortable amount of the sexist writing Labute has become associated with. Worse still, the show gets nervous about being too mysterious and, by the third episode, overcompensates for anything that could have served as an interesting puzzle box by laying out the premise behind The I-Land. That it was released on a major streaming service is truly concerning.